Here are some early design ideas I had for LinnStrument before deciding on the final design look.

First, here's a 2010 picture (and video) of my initial proof-of-concept prototype, based on a pressure-sensitive multi-touch surface from a company called TouchCo. I made a grid overlay with note names and attached it to TouchCo surface, then my friend Tim Thompson wrote drivers to get the messages into the computer and into Max/MSP, where I created an early multi-touch synth. 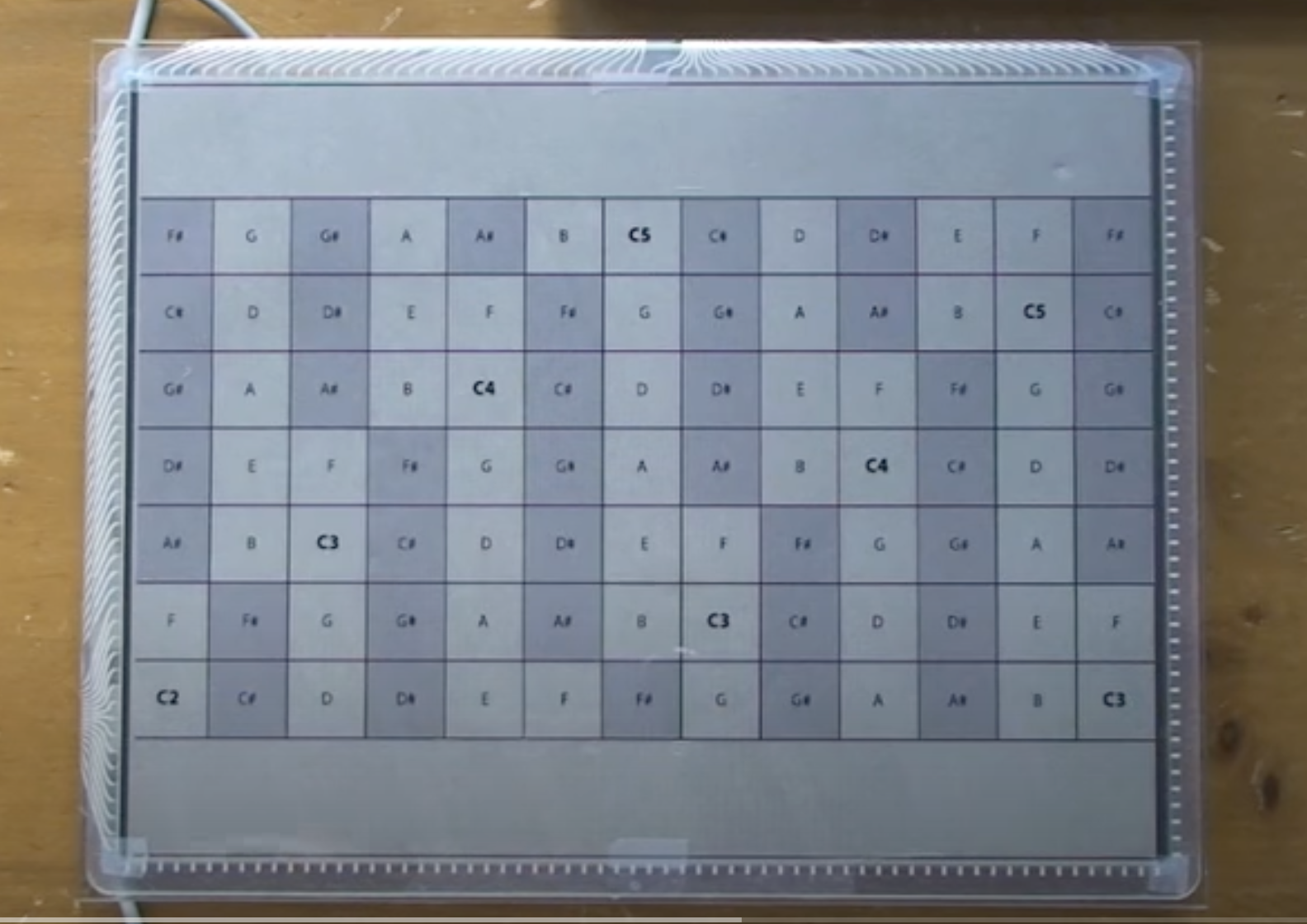 Then TouchCo was bought by Amazon, who shut down its other business. Oops. So I started developing my own sensing technology.

Here's a 2010 design idea that included a wind controller and used a curved playing surface. This picture and the other design concepts below are all computer renderings and not physical products. 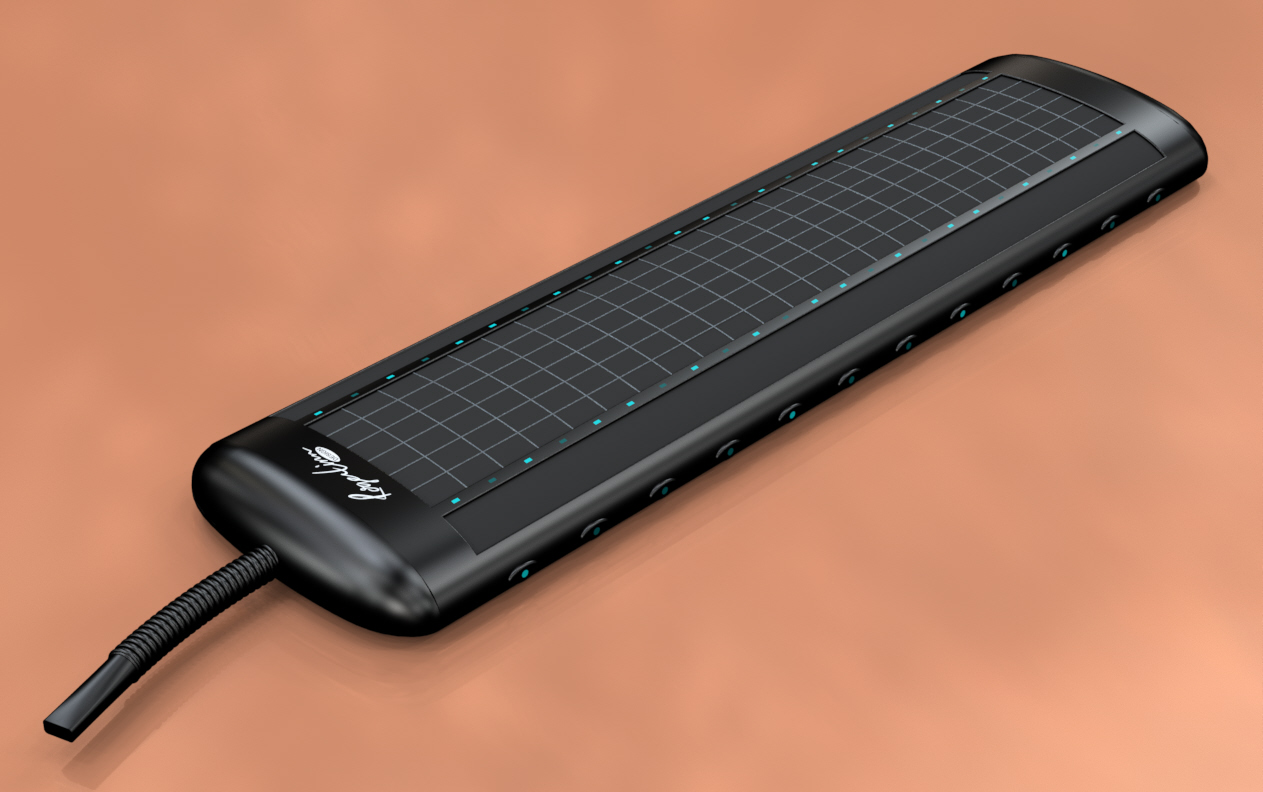 The curved surface was too expensive to implement, so I scrapped the idea and decided on a flat surface. Here's a 2011 design idea that used swappable overlays like the guitar-centric one shown, and raised ridges between note regions: 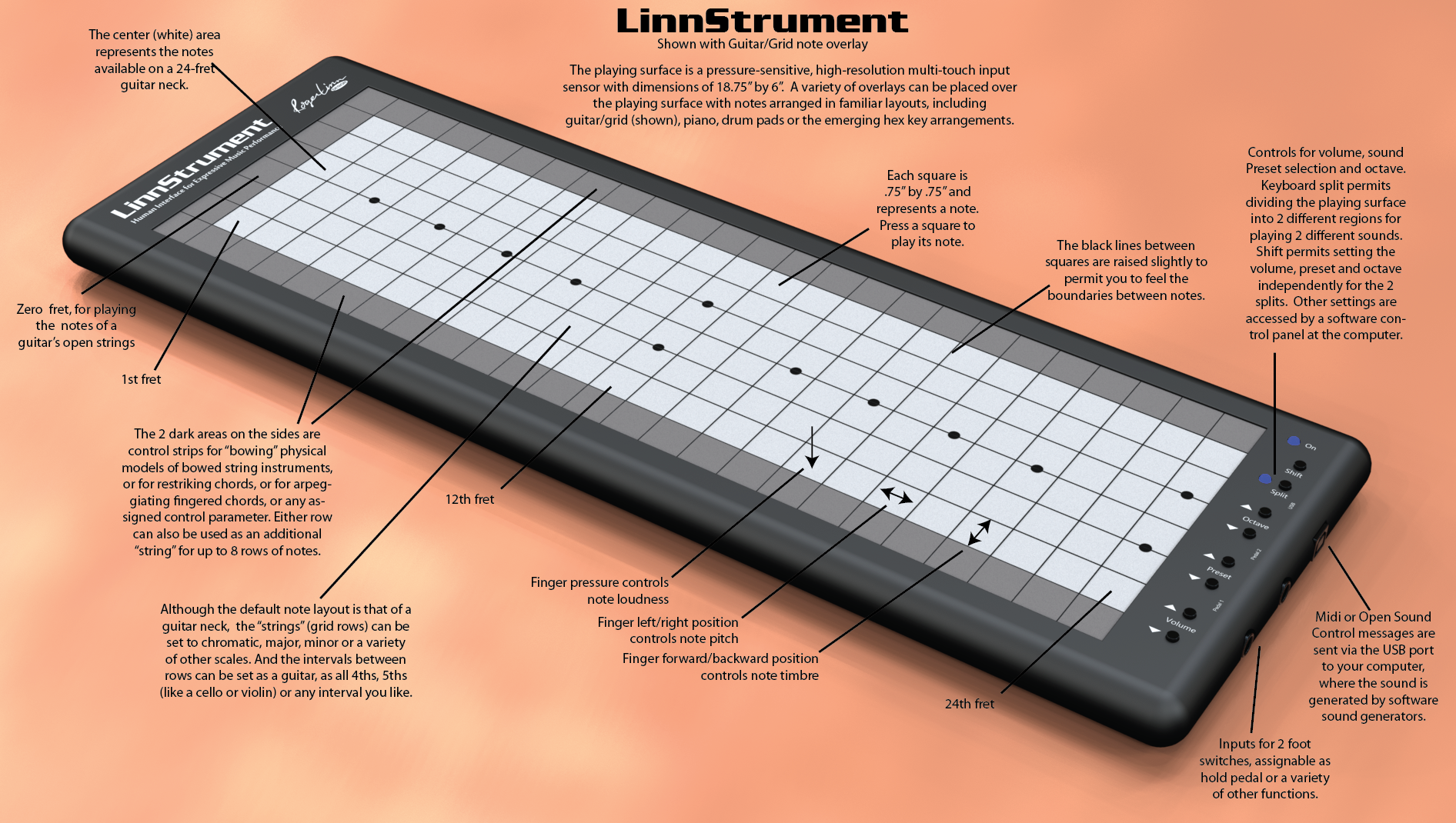 Here's the same idea with a piano-like overlay: 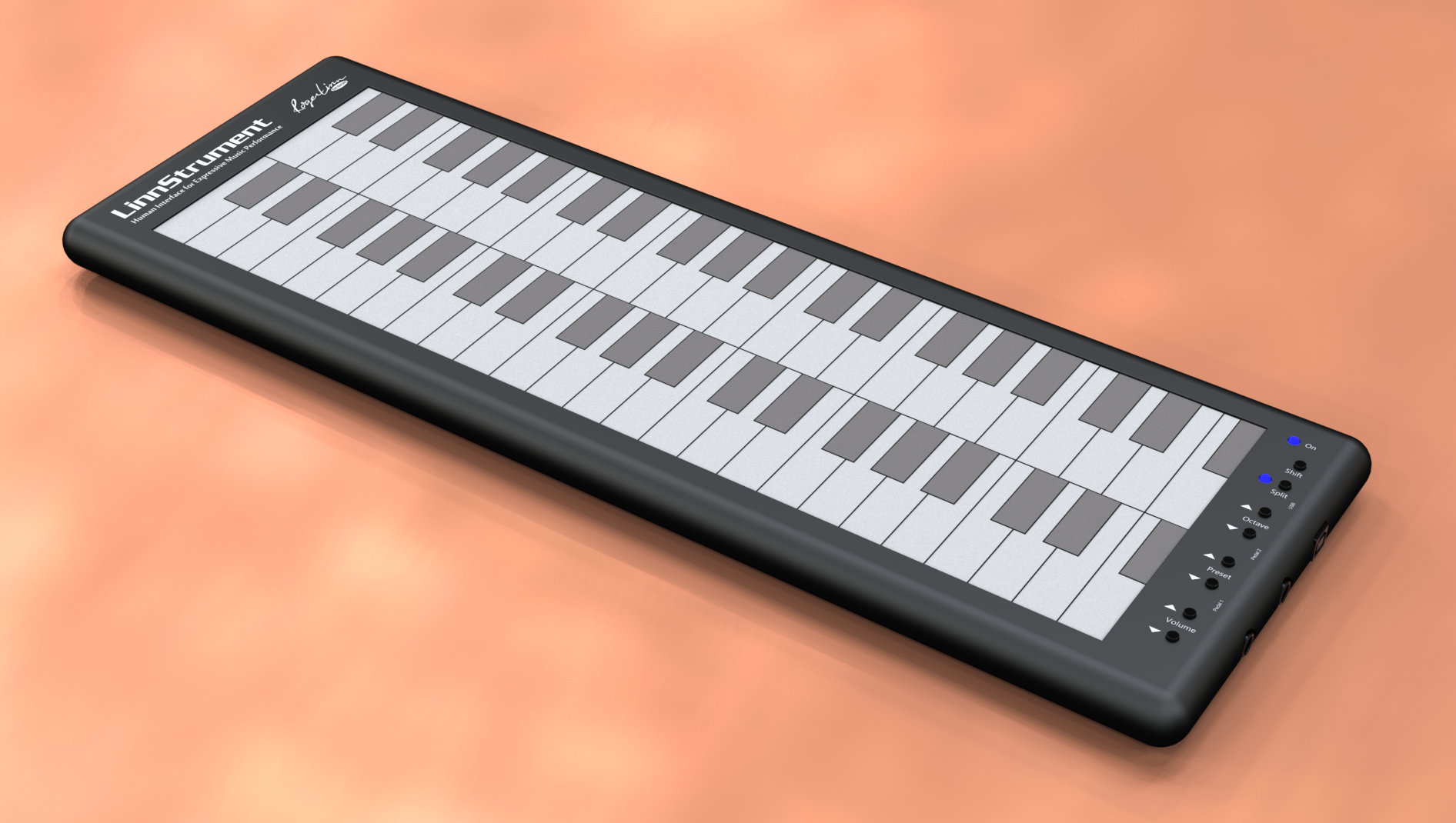 And here's the same design with an overlay of hex-keys with flat sides, perhaps using this note layout with chromatic rows for horizontal pitch slides: 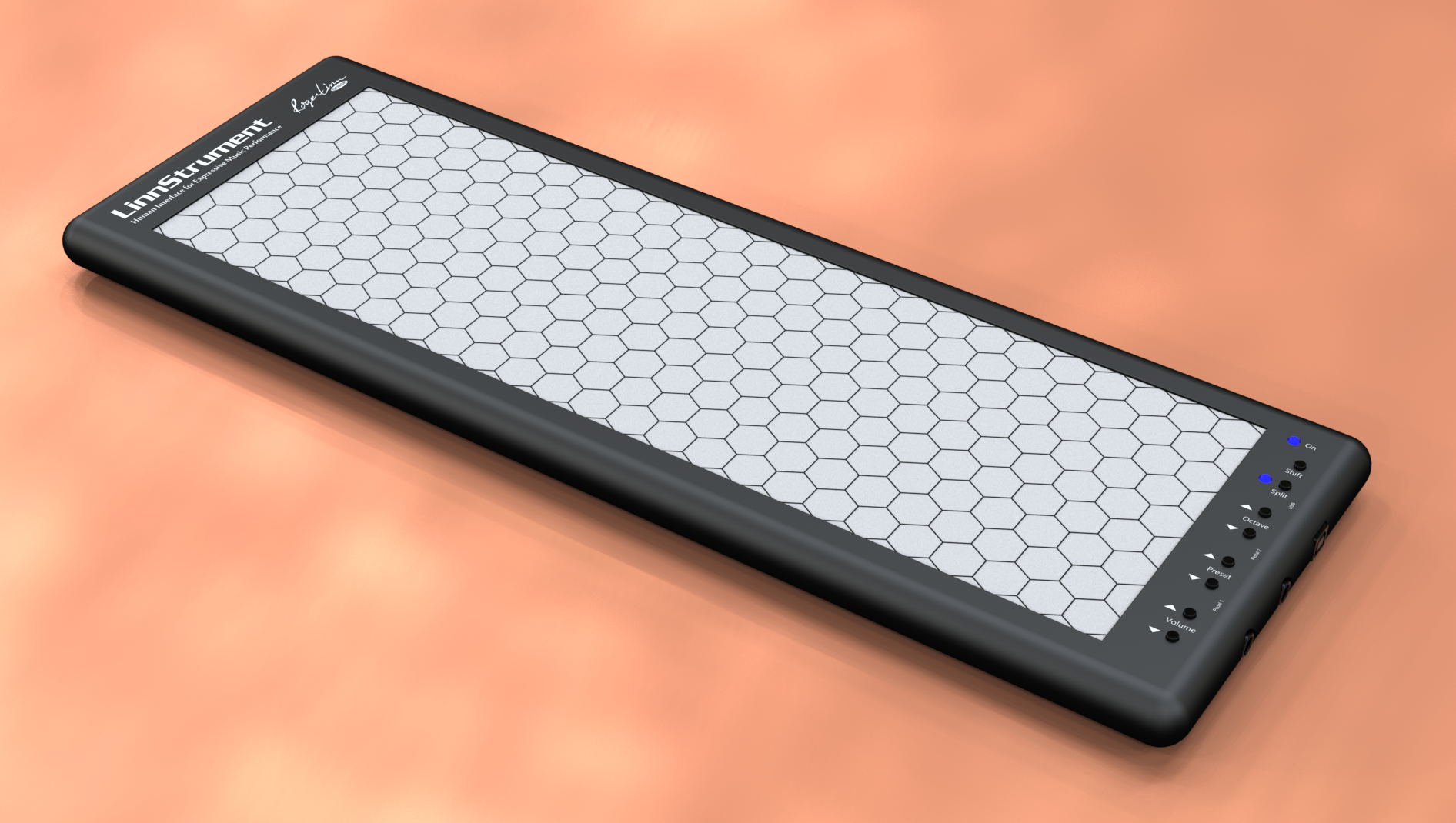 Here's the same design but with a metal chassis and wood ends: 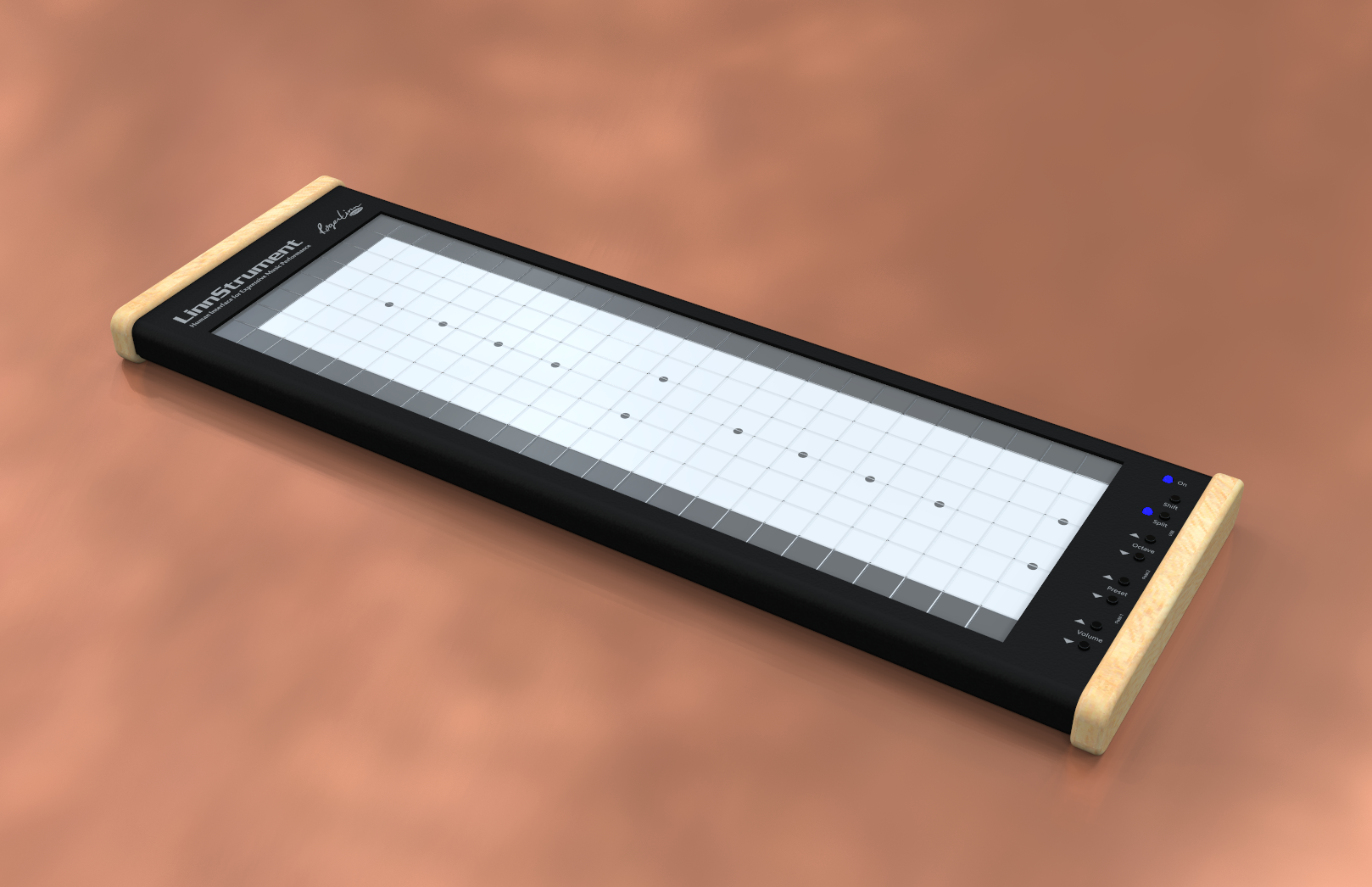 The overlay idea turned out to be impractical because was difficult to make it stay in place during pitch slides, and it reduced sensitivity too much. So I considered this fixed-layout 2012 sheet-metal design with curved ends: 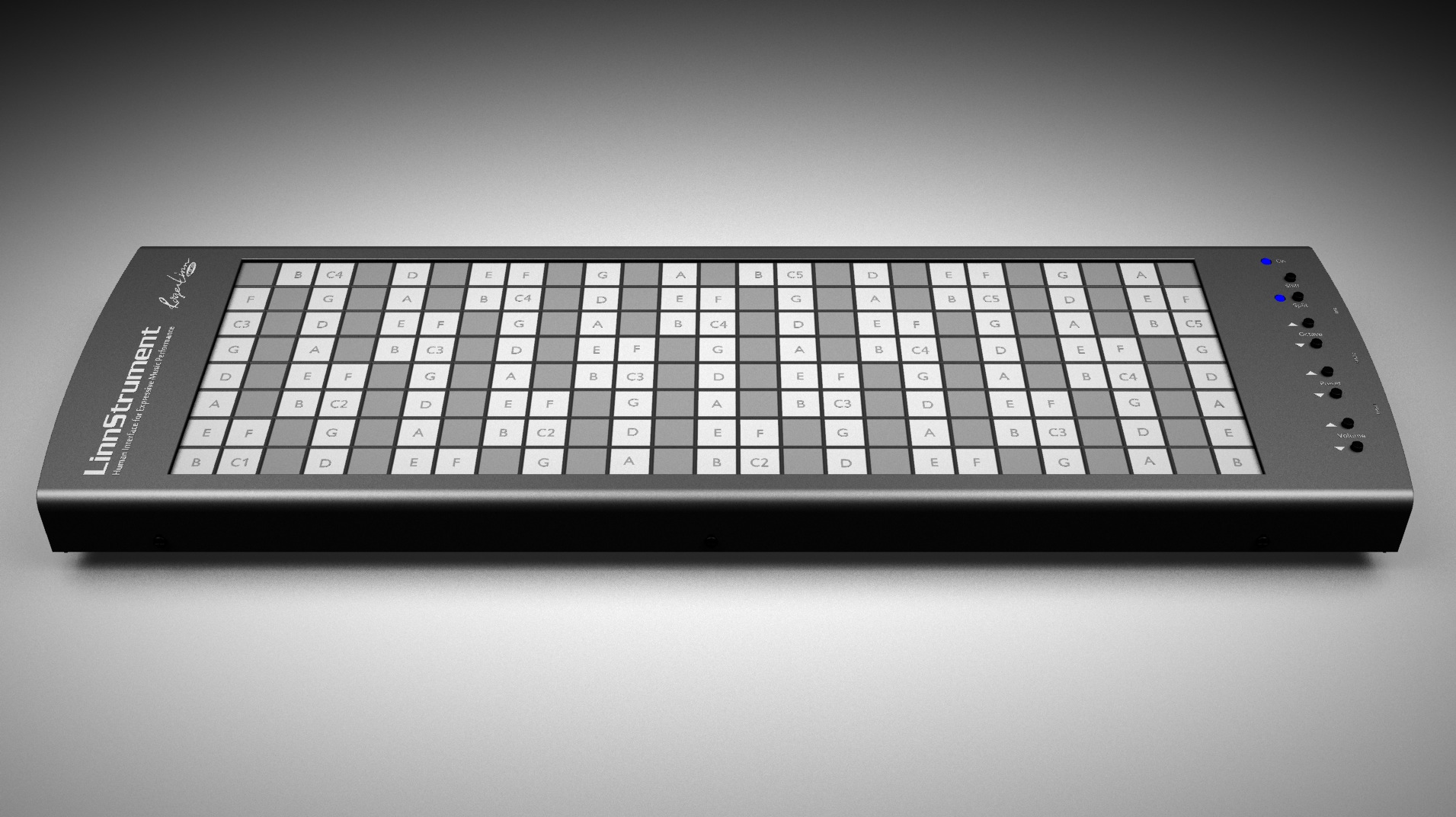 Also in 2012, I considered this design with wood front and rear pieces and an iPhone slot for sound generation: 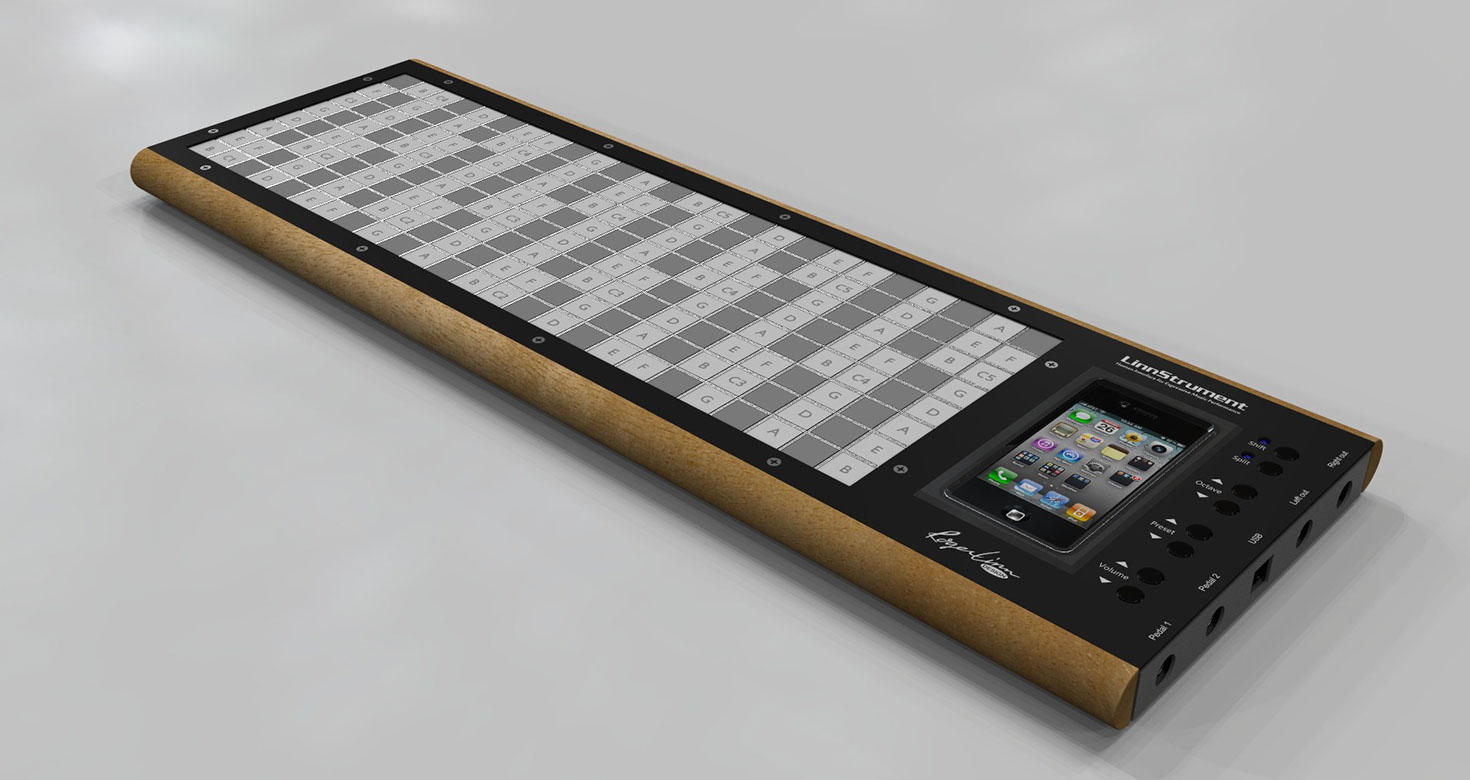 I decided against the iPhone slot because most people wouldn't use iPhone for sounds, so it didn't make sense to make LinnStrument larger for those who would use iPhone. Plus iPhones changed size and shape every year. So I finally came to the final design, adding lights for scale indication:

Thanks for joining me on this stroll down memory lane.