Here are the best of my (Roger's) former products. Click the images for larger views. 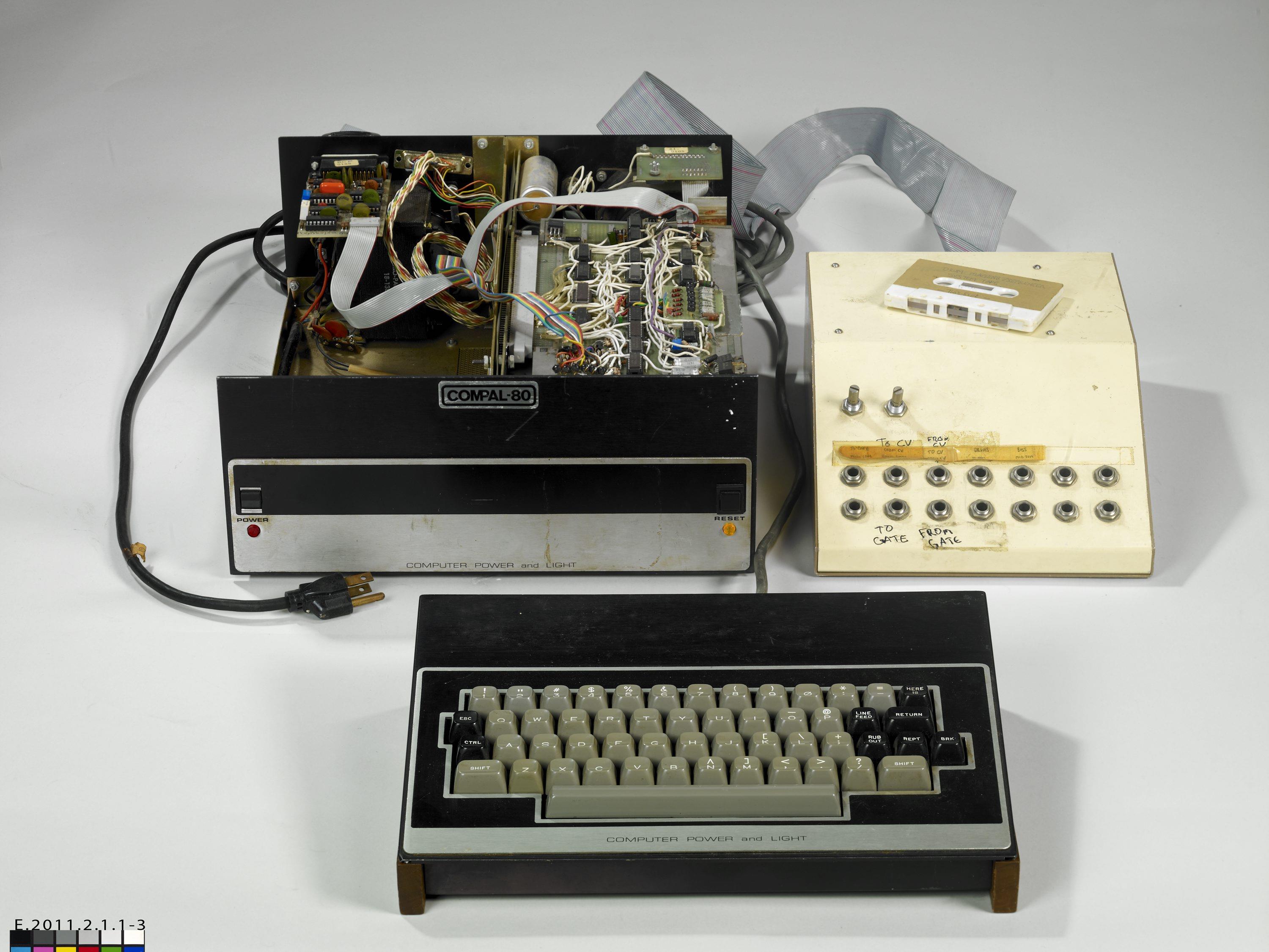 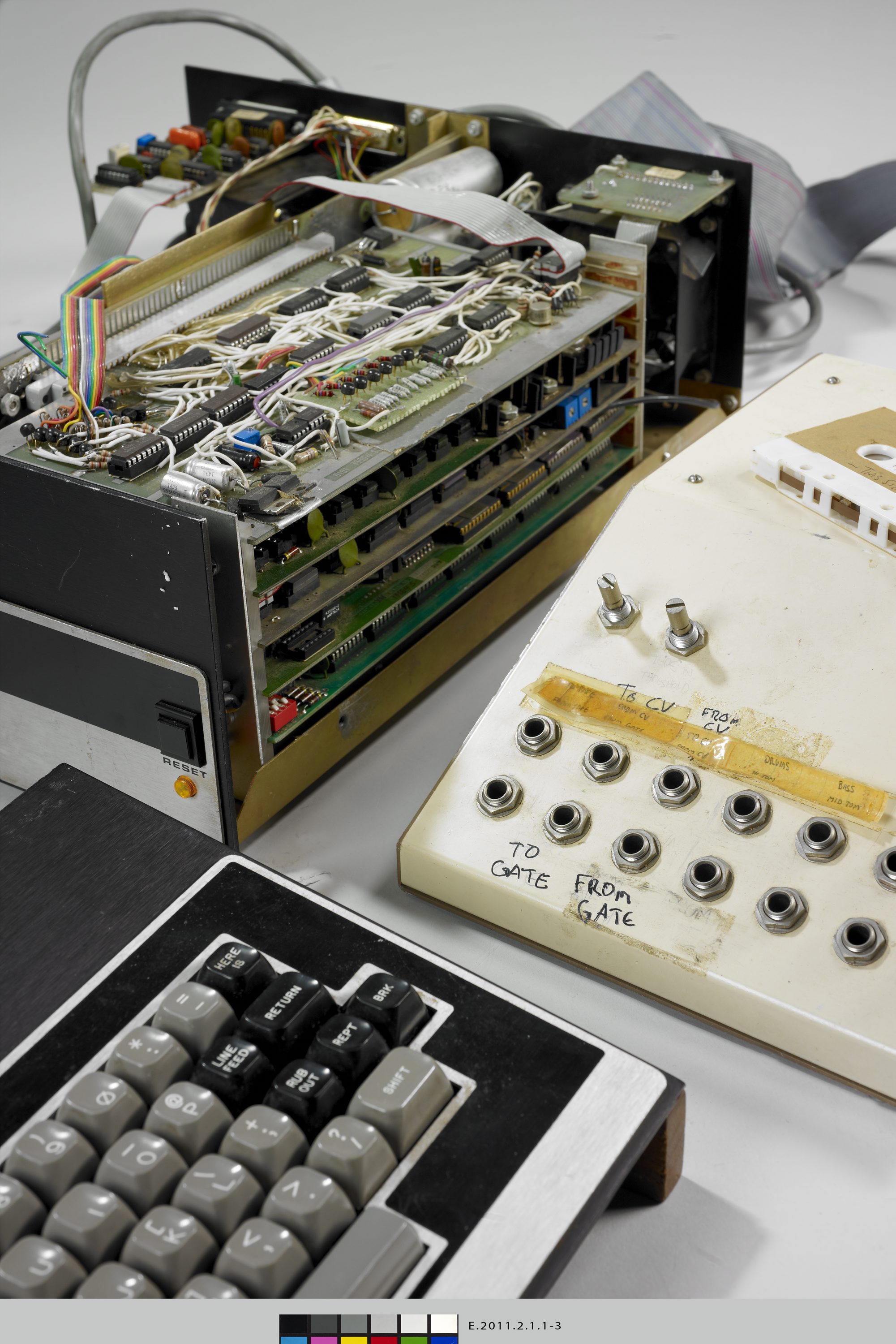 In 1977 at the age of 22, and before I (Roger) started Linn Electronics, I created a programmable drum machine and sequencer based on a commercial computer called a COMPAL-80, made by a company in Studio City, California called Computer Power & Light. The computer was based on the S100 buss, used a 1.87 mHz 8080 CPU, had 24k bytes of RAM, ran the CP/M operating system, saved to cassette tape, and cost $3000, not including the black and white monitor that I bought separately. I used a wiring board (the upper board of the computer) to add communications chips that connected to an external beige box containing 1) a drum sound generator board from a Roland drum machine (I don't recall which one) and 2) control voltage / gate input/ouput for connection to an external analog synthesizer. I wrote a program in BASIC and 8080 assembly language that permitted drumbeats to be programmed into a visual grid on the screen, as well as to program and play back monophonic synth sequences. This prototype was used to create the drumbeats for an album from Leon Russell in 1977 called Life and Love, which I engineered and co-produced. This prototype now resides at the Musée de la Musique in Paris.

Linn Electronics' LM-1 Drum Computer was the world's first drum machine with sampled sounds. It was also the first drum machine with a practical system of real time recording, introducing the new ideas of Timing Correct (quantize) and Swing. Announced in 1979, this first product of Linn Electronics started a revolution in 1980s popular music. Originally sold for $5,000 each, only about 500 were ever made, but those 500 owners were a "who's who" of the music industry. The 18 fixed drum sounds were mostly recorded by local L.A. session drummer Art Wood, and sampled at only 28 kHz using an 8 bit non-linear format. Cymbals weren't included due to the high cost of long sounds. See the LM-1 brochure, LM-1 ads, a funny fake ad (all created by the company's ad artist Eric Wrobble) and the demo recording on an Eva-Tone Sound Sheet, programmed by Art Wood. And here's a nice mini-documentary about the LM-1. 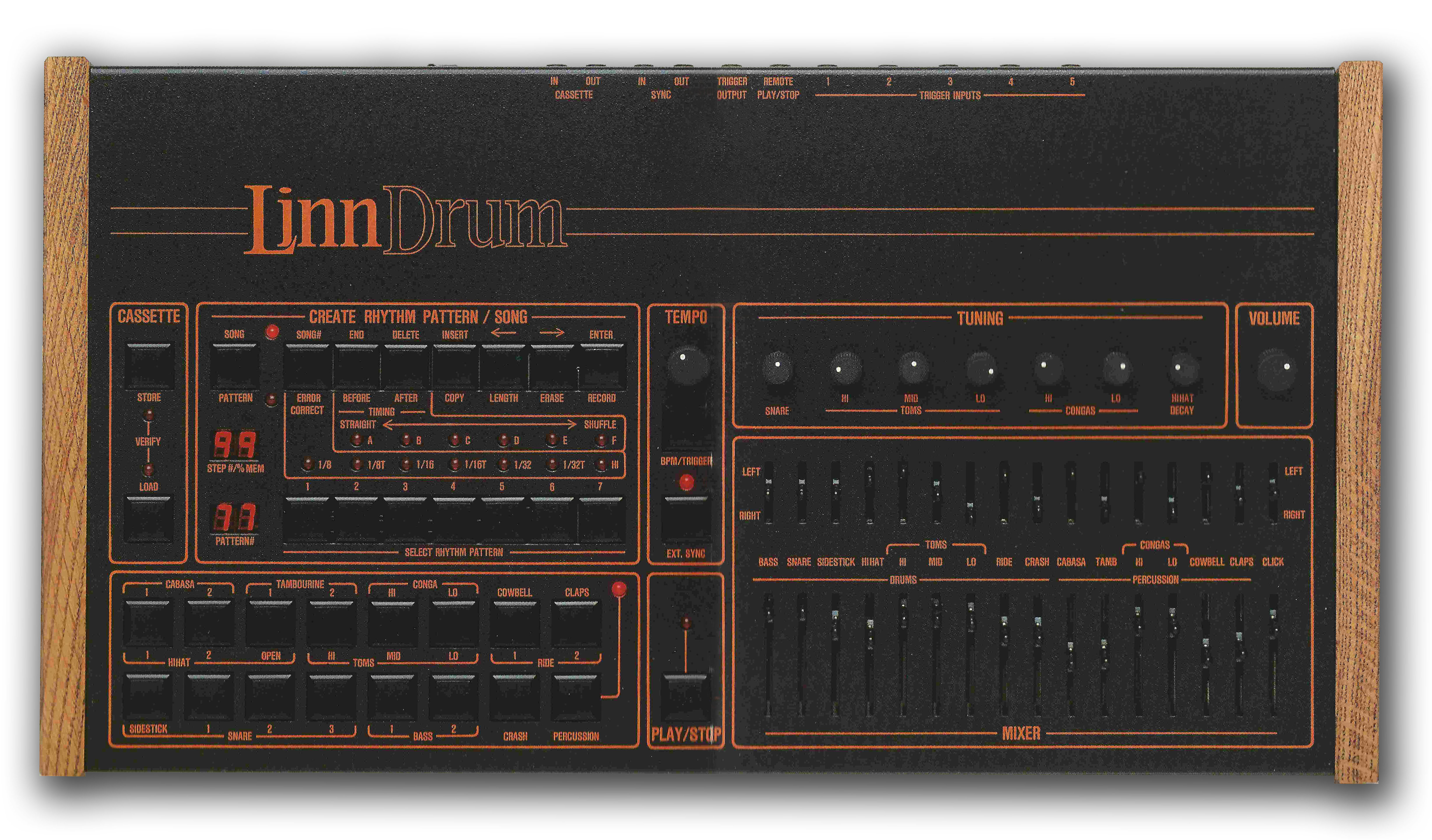 Released in 1982 as the successor to the LM-1, the Linn Electronics LinnDrum originally sold for $3,000 and about 5000 units were produced. Providing the rhythm tracks of many 1980s hit records, the LinnDrum expanded upon the LM-1 by adding crash and ride cymbals, greater sample lengths, changeable sounds (by opening the lid and changing sound chips in sockets!) and five live drum trigger inputs. (front, rear, original ad). 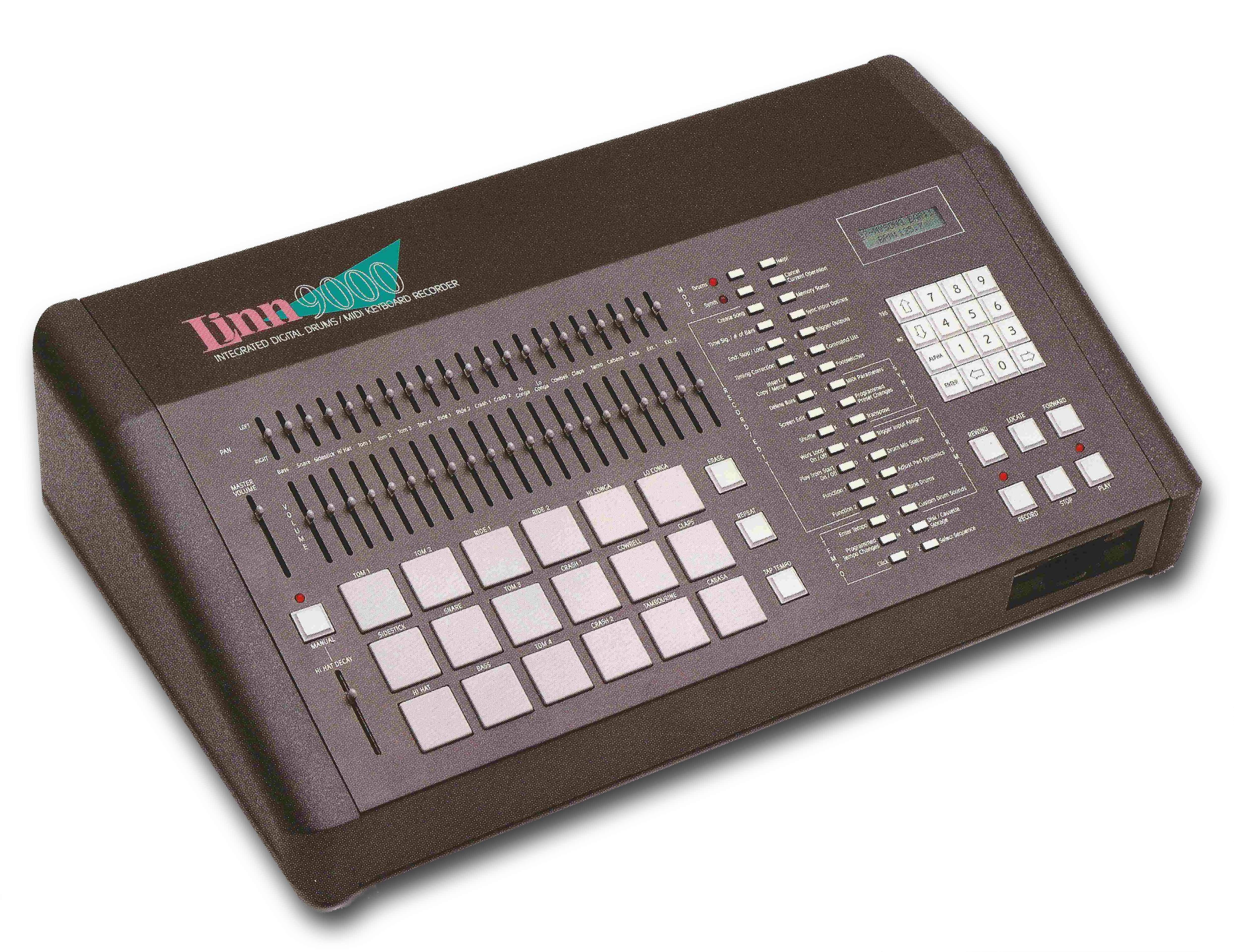 Released in 1984, the innovative Linn Electronics Linn 9000 combined a sampling drum machine with a multi-track MIDI sequencer. Improving upon the LinnDrum, it also included user sampling, touch-sensitive drum pads, a programmable hihat decay slider, an alphanumeric LCD display, a programmable mixer and SMPTE sync. Originally sold for $5,000 ($7,000 fully expanded), about 1100 units were produced. The last units were sold in February of 1986, when Linn Electronics closed its doors due to strong competition and the growing pains of a small business. (Linn9000 brochure.) 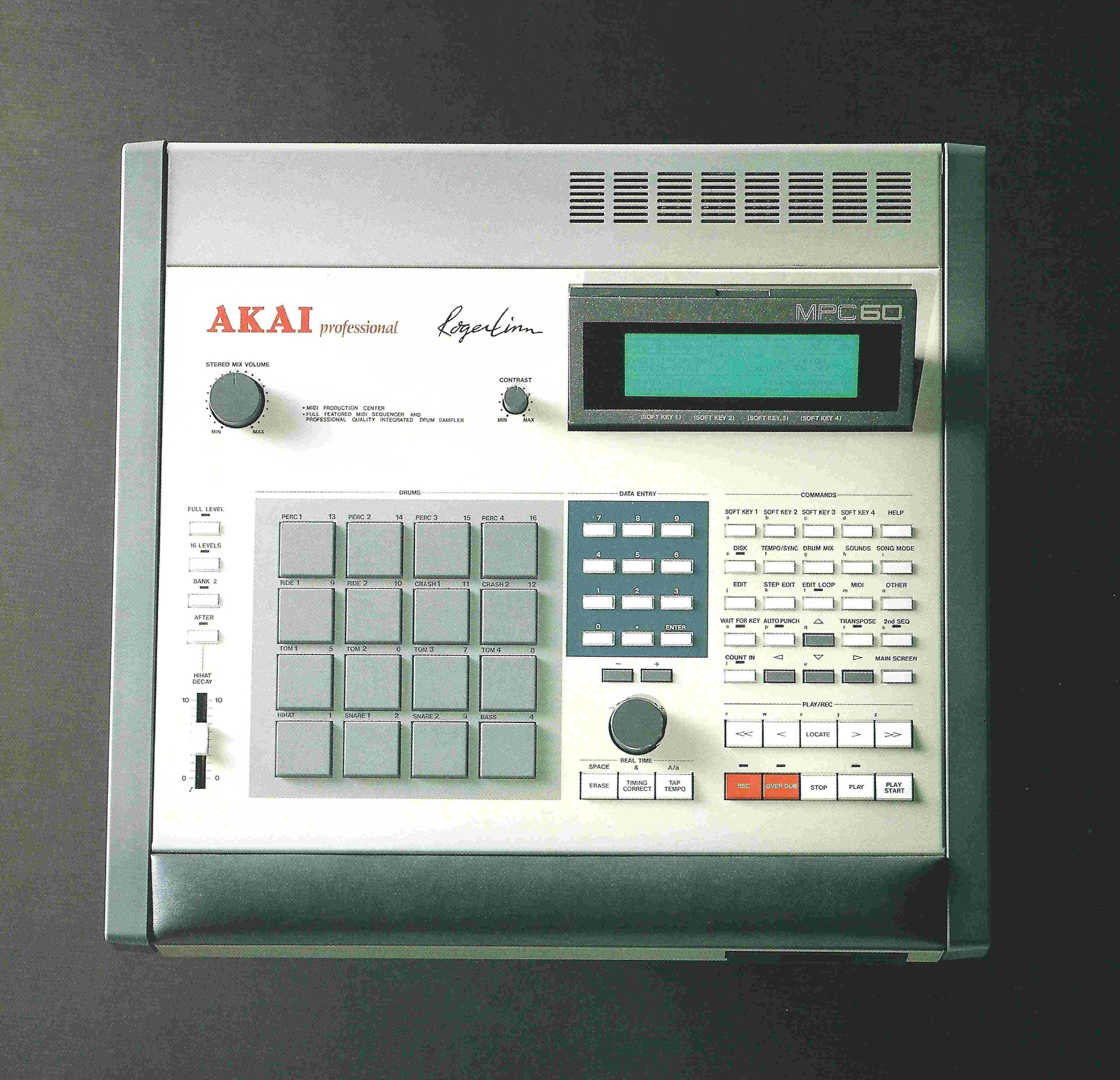 After the close of Linn Electronics, Roger Linn formed an alliance with Akai Corporation of Japan to design products similar to those of Linn Electronics. The first result of that collaboration was the Akai MPC60 MIDI Production Center, a full-featured sampling drum machine and MIDI sequencer released in 1988. Similar in concept to the Linn 9000, it featured a large 8 line LCD display, up to 26 seconds of 12 bit non-linear sampling at 40 kHz sampling rate, 16 simultaneous voices, 2 MIDI inputs and 4 MIDI outputs. In 1991, the MPC60 was succeeded by the MPC60-II, internally the same machine but with a headphone jack and a less expensive case design. Known for its warm sound and exceptional rhythmic feel, the MPC60 and MPC60-II live on today with the addition of the version 3.10 software upgrade and the Marion Systems SCSI hard disk interface, both sold by none other than Roger Linn Design. 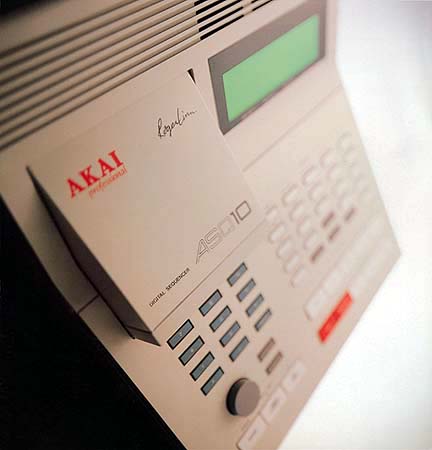 Released in 1988, the Akai ASQ10 Digital Sequencer was essentially the sequencer section of the MPC60, without the sound generator or drum pads. 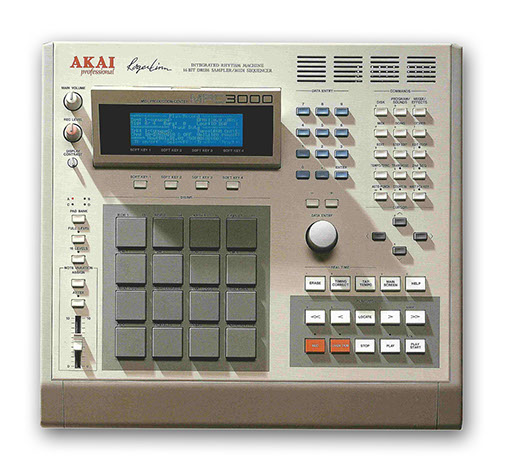 Released in 1994, the Akai MPC3000 MIDI Production Center improved upon the MPC60 by adding stereo sampling, 16 bit linear 44.1 kHz sampling up to nearly 6 minutes, effects, dynamic digital filters, 32 voices, multiple drum sets in memory, a SCSI port, and more. The MPC3000 is the last product of the Akai/Roger Linn collaboration. In 1997, Akai released the less expensive MPC2000. Although the MPC2000 draws substantially from Roger Linn's MPC60and MPC3000 design ideas, Roger Linn was not involved in the design of the MPC2000. (MPC3000 brochure.) 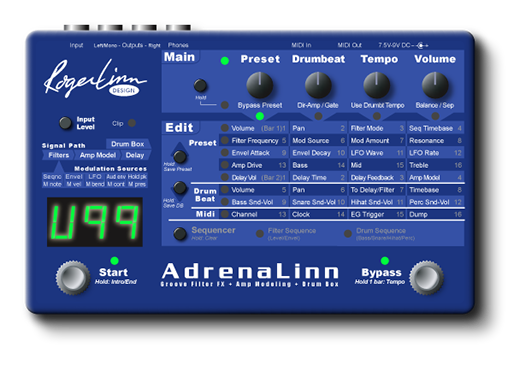 Released in December of 2001, the AdrenaLinn Guitar Effects Processor introduced the concept of rhythmic modulation, filter and sequencing effects that play in perfect synch to an internal drum machine or to MIDI clock, all in a low-cost stomp box. AdrenaLinn combined a variety of modulation effects that played in sync to the internal drum machine. Winning numerous awards worldwide, AdrenaLinn also included beat-synched delay and guitar amp modeling. 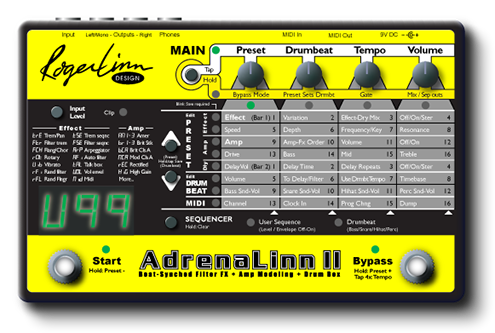 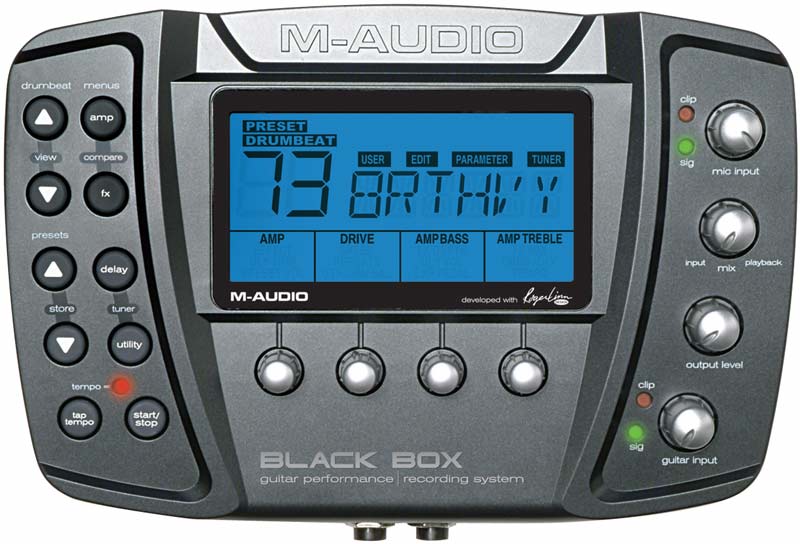 In June of 2005, M-Audio released BLACK BOX, designed in collaboration with Roger Linn Design. Black Box is a combination of many of the AdrenaLinn II's best features with an integrated USB audio interface. In July 2006, the Black Box software was improved and the product re-released as Black Box RELOADED.

Released in June of 2010, AdrenaLinn Sync was a software plug-in that provides similar function to the AdrenaLinn III guitar pedal, processing audio through rhythmic filtering and other effects. It was discontinued in April of 2015. Here's the original quickstart guide and a web archive of the original product page. 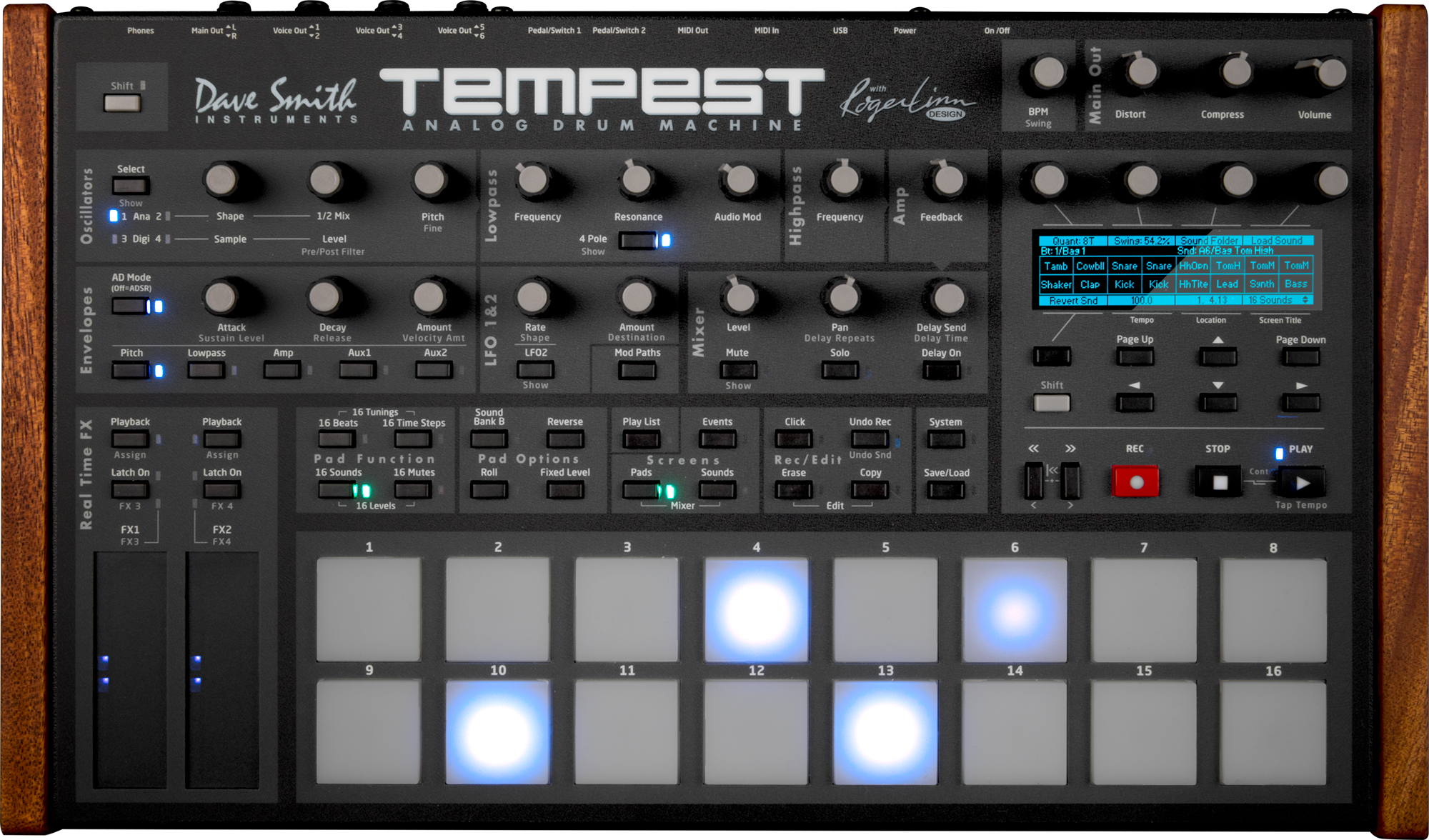 Released in October of 2011, the Tempest Analog Drum Machine was a design collaboration between old friends Roger and Dave Smith, combining Roger's drum machine knowledge with Dave's analog synth expertise, and sold by Dave Smith Instruments (now Sequential). It was discontinued in June of 2020. Here is the Tempest product page on Sequential's site, and the former Tempest product page on Roger's site. 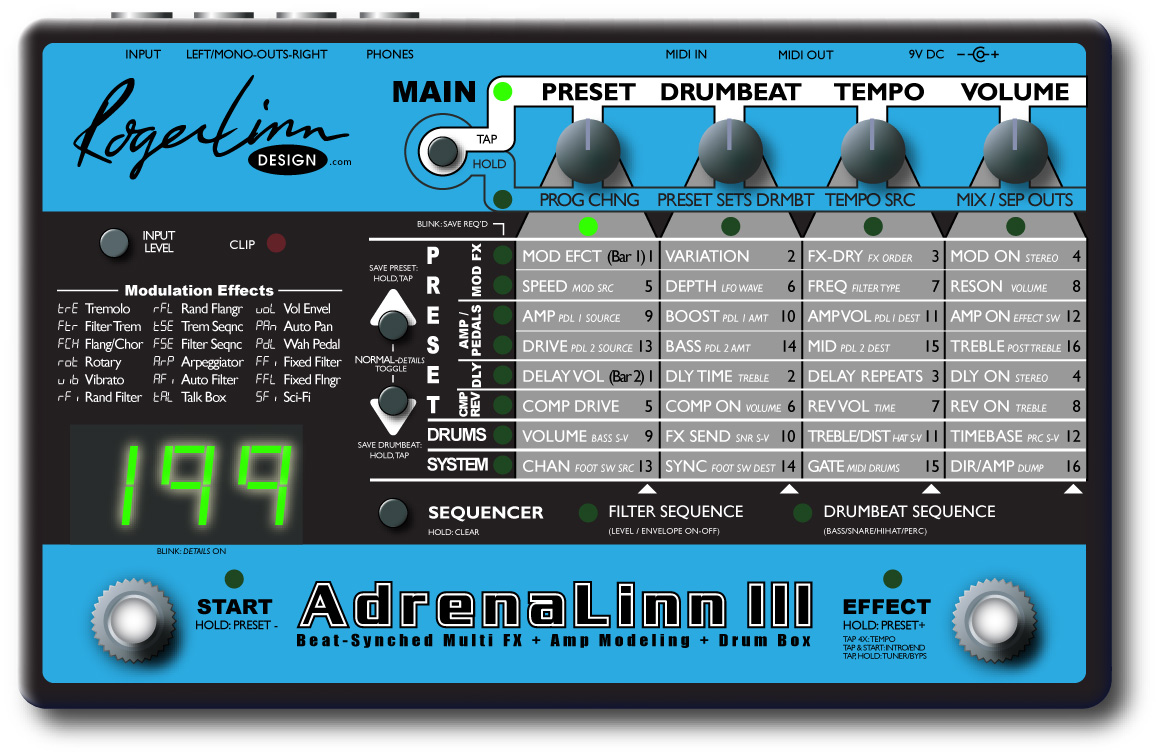